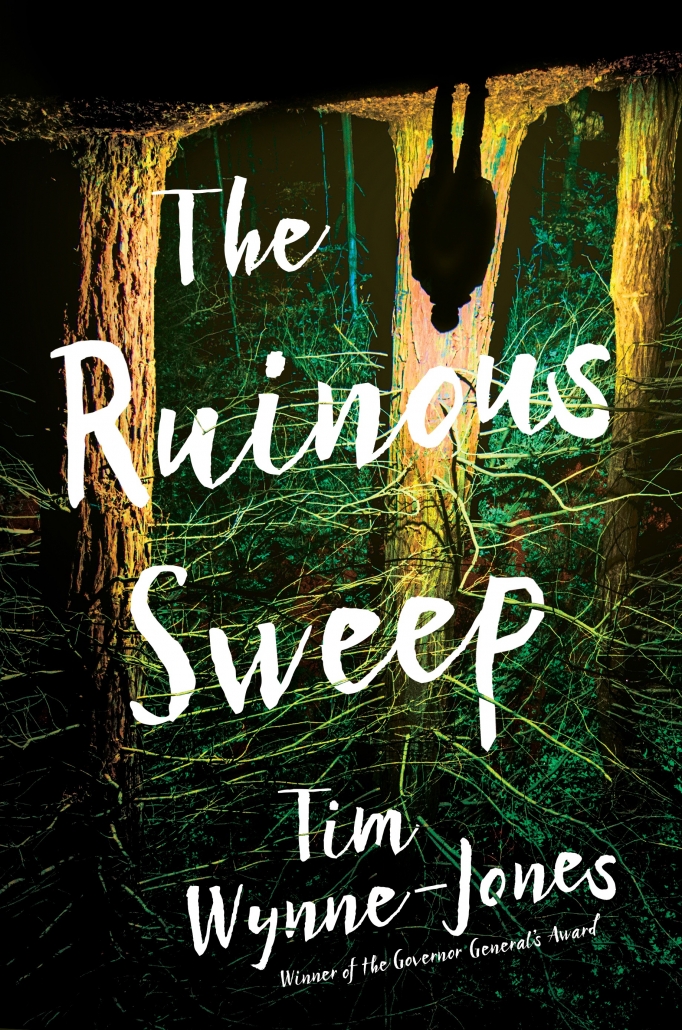 A rainy night. An empty highway. And no cell phone.

On the night Donovan Turner is thrown out of a car on a highway in the middle of nowhere, he can barely remember his own name, let alone the details of the past twenty-four hours. Where is he? How did he get here? Where is his girlfriend, Bee? Nothing makes sense on this dark, lonely stretch of highway. In an attempt to flag down the next passing car, he startles the driver, causing a fatal accident.

A midnight phone call. A cold hospital waiting room. A journal and a pen.

Bee thought the worst part of Dono’s accident would be that he might not make it through the night. But when the police show up and hint that the unconscious Dono is also the prime suspect in a murder, Bee is determined to put together the pieces of what happened the night of the accident and clear his name.

Tim, you are known for writing rich and complex characters. Can you tell me who was your favorite character to write in The Ruinous Sweep, and why?

For the second time in my writing career, I’ve written a male character and tracked his whole narrative arc before even beginning to think that…uh, something was missing. And for the second time that someone ended up having to be a female counterpart. (When I first sent my manuscript of Blink and Caution to my editor, it was just called Blink.)

In the case of The Ruinous Sweep, Donovan was alone on his journey somewhere between the living and the dead. Beatrice was the one person he was desperate to get in touch with, the light at the end of the nightmare. I didn’t know how the mystery was going to turn out, really, until Bee came along. She was the one who was going to solve it. As I launched into writing Part 2, I came to love her just as much as Dono did. I particularly loved that she was a stage manager. The world needs more stage managers. If anyone could get to the bottom of what really happened, it was going to be Bee.

What was the most difficult element to cut/change during the revision process and why?

The novel started out as a kind of pastiche of Dante’s Inferno, set in the here and now. And for a few cantos that 14th Century epic poem was a great – not to mention surreal — inspiration. But at some point, I had to say, enough is enough, and abandon it, let my story find its own way through Purgatory!

Surprisingly, weaving Dono’s and Bee’s stories together was easier than I would have expected.

What was the spark that ignited this book?

A traumatic experience I didn’t think I’d ever want to write about. Then I got talking to a writer I hardly knew at a writers’ conference and ended up nattering away about this dreadful incident. What is it about writers that inspires you to say stuff you didn’t think you’d say to anyone? She said you’re going to write about this and I was flabbergasted. No way. She just smiled that knowing kind of smile of someone who knows a writer’s heart. Or maybe, knows a writer’s need. Then one day, not too many weeks later, I was driving home along a lonely stretch of Highway 7 and saw a Mustang standing straight up on its front end in the water-filled ditch, the drowned land of early spring, surrounded by bare-boned trees and….well, it all started to come to me.

What is your writing superpower?

Surprise. Writing to surprise myself. It makes writing so much more fun! I have huge faith in my subconscious-self getting involved in a writing project if I can just raise her interest in it. She tends to respond well to surprise.

How does teaching at VCFA affect your writing life?

When I came to VCFA, I was at a low ebb in my writing. I’d written something like twenty books but suddenly the well seemed to be dry. In fact, I’d just written two manuscripts in a row that nobody wanted. M.T. Anderson had asked me a few months earlier if I would like to teach at VCFA and I’d turned him down. Then I reconsidered and thought, hey, I may not be writing at the moment, but I’ve learned a thing or two and I’m as passionate as ever about books and the writing process, why not take him up on it, after all?  That was sixteen books ago and, man, was that the smartest move I ever made! There is just so much energy in the air at VCFA, buzzing and popping and bursting all around you.

Every writer has down times – they’re unavoidable – and sometimes protracted. But at VCFA, it’s hard to stay down for long. And when I say “at” VCFA I don’t just mean physically on campus. The feeling of creative support travels well — goes home with you. You feel as if everybody is right there at your shoulder rooting you on.

What would you want a prospective VCFA visiting writer to know about VCFA?

Bring you’re A-game. If you’re lecturing, use the occasion to find something new and daring to say. (Surprise yourself.) You will never meet a more engaged, more generous audience. I can’t count how many visiting authors we’ve had come and wish they could just stay!

Tim Wynne-Jones has written more than 30 books for children, youth and adults. His many awards include the Governor General’s Award for Children’s Literature (twice), The Arthur Ellis Award (twice), The Boston Horn Book award (twice), The Edgar Award, and the Canadian Library Association Children’s Book of the Year Award (four times). His books and critical writings have been translated into a dozen languages and published all over the world. His most recent novel, The Emperor of Any Place, is featured as a Junior Library Guild Selection, a Horn Book Fanfare List, The School Library Journal Best Books of the Year, The Chicago Public Library’s Kids Best of the Best Books, among others.

Wynne-Jones has been invested as an Officer of the Order of Canada for his services to children’s literature in Canada.

The Ruinous Sweep is published by Candlewick Press.  For more information www.timwynne-jones.com 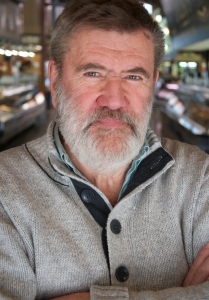