“Hedy Lamarr became a movie legend, but her true loves were always science and engineering. During World War II, Hedy collaborated with another inventor on an innovative technology called frequency hopping. It was designed to prevent the enemy from jamming torpedo radio signals and commanding weapons to go off course. Frequency hopping is still used today to keep our cell phone messages private and defend our computers from hackers. So who was the real Hedy Lamarr? A beloved film star and a visionary scientist who helped create the world we live in today.“ 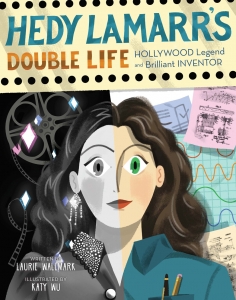 Congratulations, Laurie, on the publication of this fascinating biography. Can you tell us a bit about your writing process? Do you write in silence? If not, what’s your soundtrack?

I like to have instrumental music playing softly in the background while I write. I don’t make up a specific soundtrack, but let Pandora’s algorithms choose for me. My tastes in instrumental music run to Baroque, jazz, musical theater, and classical in general. 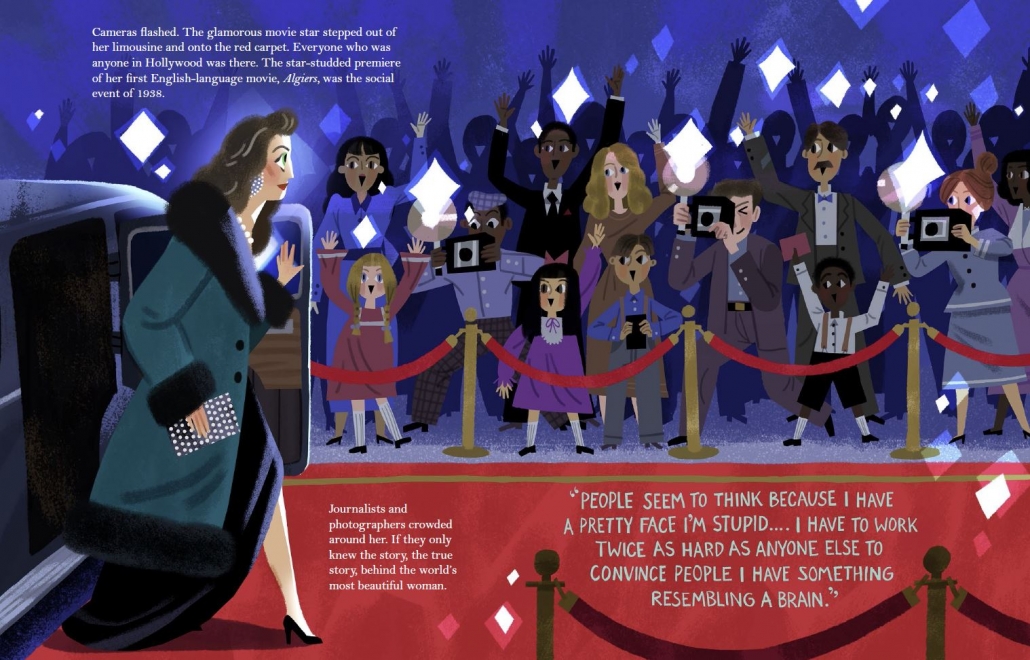 How does revision work for you? In working on Hedy Lamarr’s Double Life, what was the most difficult element to cut/change during the revision process and why?

As we well know, revision is an ongoing process. When writing about women in STEM (science, technology, engineering, and math), though, there’s an extra challenge. I have to make sure the technical details are understandable to children. In revising, I often end up having to take out some of the best (to me, anyway) scientific tidbits. Luckily, there’s always back matter. In my Hedy Lamarr book, one of the pieces of back matter is “The Secrets of the Secret Communications System,” where I explain in more depth how her invention worked. 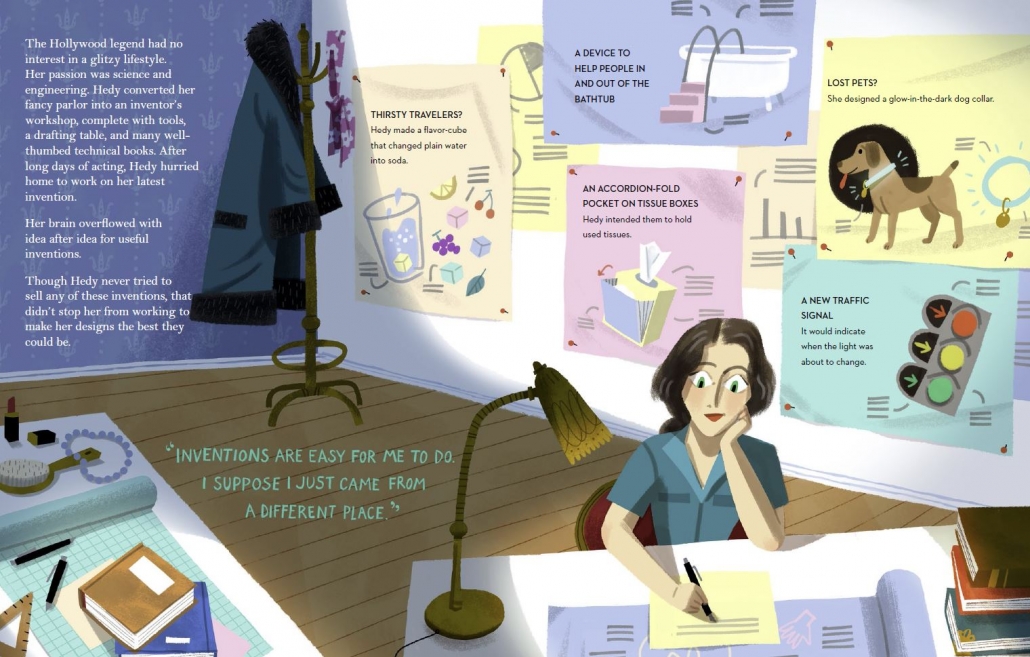 I seem to have the ability write so that kids find science interesting, even those who say they hate science or that science is boring. In fact, my VCFA thesis was how to explain scientific concepts in picture books.

Tell us about something special you keep on your desk/wall as you work.

I have two special items on my desk. First, I have a stone engraved with the word creativity, to remind me to let my mind wander where it may. Second, I have a cartoon face. Louise Hawes makes all her students pick one out. This reminds me to stop my mind from wandering and get back to work. 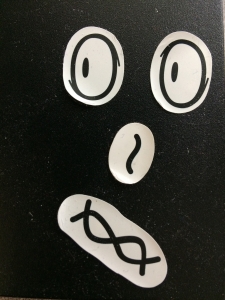 My advisors were Mark Karlins (for the picture book semester), Bonnie Christensen, Sharon Darrow, and Louise Hawes. I can never thank them enough for all they did to improve my writing craft.

What was special about your VCFA graduating classes?

Although only 16 of us stood on the stage and graduated in January 2016 as Inkredibles, our class is much larger than that. Our Facebook group has 24 people in it—50% more. Once an Inkie, always an Inkie. We’re very supportive of our classmates in both their successes and the inevitable failures that are part of this authorly life.

Thanks so much for giving us an insight into your writing life, and your time at VCFA, Laurie. Best of luck with Hedy Lamarr’s Double Life! 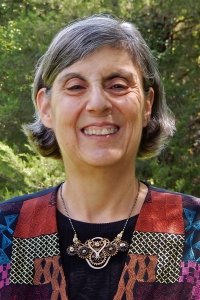 Laurie graduated from VCFA with the Inkredibles, January 2016

Amanda West Lewis combines careers as a writer, theatre artist and calligrapher. Her eight books for children and youth range from non-fiction books to historical novels. September 17: A Novel was nominated for the Silver Birch Award, the Red Cedar Award, and the Violet Downey IODE Award. The Pact was listed as a 2017 USBBY Outstanding International book. Amanda has a particular interest in creating historically relevant stories for young people and is currently working on a new novel about youth activism in 1968. She is the founder of The Ottawa Children’s Theatre, a company dedicated to drama education for children aged 3 – 17. Amanda has an MFA in Writing for Children and Young Adults from VCFA and is a proud member of The Dead Post-Its.