Balzer + Bray/HarperCollins has just published The Last Best Story, the new YA by writer and editor extraordinaire VCFA grad Maggie Lehrman (January 2012/The Keepers of the Dancing Stars). It’s a witty, fresh romantic comedy, set on one fateful prom night, about two high-school seniors who can’t quite admit they are in love. 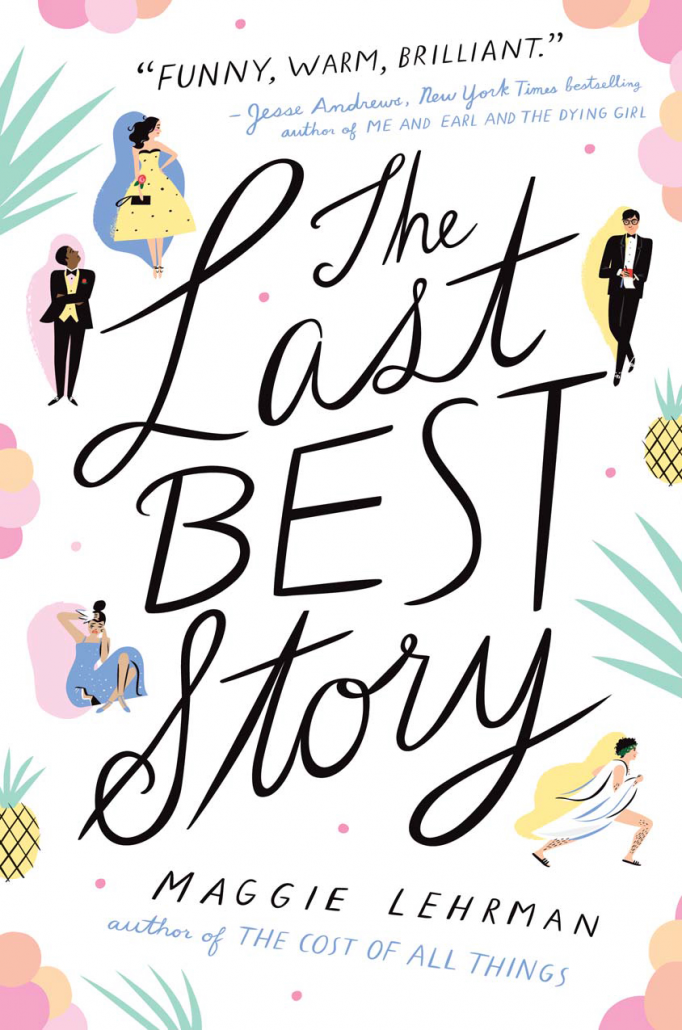 It’s the end of senior year, and Rose Regnero is over it. She’s over chasing stories for a school newspaper no one reads. Over missing out on “normal” high school life. And most of all, over Grant Leitch: editor-in-chief, former close friend, never-quite-boyfriend. Now all she wants is a typical prom, complete with handsome date, fancy corsage, and dancing to cheesy pop songs. It’s the end of senior year, and Grant Leitch is in denial. He’s in denial about handing over the reins of the paper to an unworthy underclassman. In denial that Rose suddenly, inexplicably quit the paper and now won’t talk to him. But mostly he’s in denial that she is at prom with another guy, and it’s no one’s fault but his own. Grant’s only hope of luring Rose back to him (and the paper) is a juicy story she won’t be able to resist. In the end it takes a toga-wearing prom crasher, an emergency lockdown, a secret stalker, and a wild after-party to bring Grant and Rose together for one last story…and one final chance to admit that they’re made for each other.

Welcome to Wild Things, Maggie. This new book is filled with memorable characters. Can you tell us who was your favorite character to write and why?

I relate most strongly to parts of Grant and Rose, but by far the most fun character to write was Marty Caulfield. He’s Rose’s best friend’s boyfriend, and an inept prankster. What I love about Marty is that he has enormous enthusiasm and energy for life, and it doesn’t seem to bother him that other people find him annoying or intrusive. He gets himself banned from prom, crashes prom to make a romantic gesture, then manages to get in even more trouble while there—so much trouble that the prom ends up in lockdown. And yet he’s entirely himself. What was the spark that ignited this book? Easy question for this book! My favorite movie is the screwball classic His Girl Friday. I love the banter and the relationship between Cary Grant and Rosalind Russell, and I loved the way they truly loved the newspaper business. I recognized that passion as something I felt as a teen—whether it was for theater or radio or speech team—and I wanted to imagine what a modern-day teenage Hildy and Walter might look and sound like. This original spark came in 2006. I wrote and re-wrote and started completely over several times—including with three of my VCFA advisors, and then scrapped completely again—before I managed to crack it.

What authors do you love for their sentences? How about plot? Character?

I work with so many authors who are stellar at all three of these areas—as are so many of my VCFA classmates! But I’ll focus on people I don’t know personally but admire from afar. These are all writers whose books I love in general, but in particular: I love Nova Ren Suma and Julie Berry and Libba Bray’s sentences; I love Louis Sachar and Stephanie Tromly and Leigh Bardugo’s plots; I love Patrick Ness and Sara Zarr and Brandy Colbert’s characters. Among many others.

Do you write in silence? If not, what’s your soundtrack?

Since having a kid I’ve been writing in cafés, so I’m at the mercy of the taste of the baristas. I don’t mind having that decision taken away from me. I go to one café that plays the same top 40 playlist every day—and it’s okay. It blends into the background. My real writing soundtrack is general chatter, and I love having that murmur.

Tell us about your writing community. Are you in a critique group? Does a family member read your early drafts? Is Twitter your bastion of support?

I’ve kept in touch with many of my VCFA classmates, and we read for each other. Twitter can be great and terrible depending on your mood. My strongest community right now is the half a dozen or so YA writers who write at the same café in Brooklyn. It’s a dream!

In every possible way. I decided to go to VCFA because I’d been writing for years (and editing professionally, as well) but I’d stopped feeling like I was getting any better. I wanted to learn how to revise, how to step up my craft in general. But I realized very quickly that going through VCFA wasn’t just a case of learning a few new skills—I had to grow as a person, or I’d never become a better writer. And I’m still trying.

VCFA has obviously had an influence on your work. Who were your advisors at VCFA?

I’m such a sucker for breakfast. It’s not even that I’m a particularly big morning person. But there was something about getting up, refreshed (or still exhausted), and stumbling down to the cafeteria, loading up a plate of eggs and bacon and probably a pancake or waffle, and then sitting with a group of other writers who were ready to start the day with new ideas, who’d thought of something exciting while they slept, who were nervous about their lecture or workshop. For me that’s the essence of the feeling of true community.

Thank you for sharing your process and for being such a strong force in our writing
community Maggie!

Maggie Lehrman’s newest book, The Last Best Story, is available now from Balzer + Bray/HarperCollins. She is also the author of The Cost of All Things, which has been translated into eight languages. By day she is an executive editor at Abrams Books, where she works primarily on young adult, middle grade, and graphic novels. She has an MFA in Writing for Children and Young Adults from Vermont College of Fine Arts, and she graduated from Harvard College with a BA in English. She lives in Brooklyn with her husband Kyle and their two year old son. 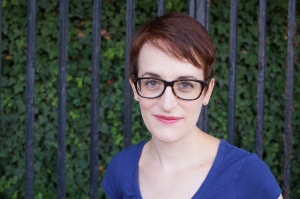 William Alexander Releases A FESTIVAL OF GHOSTS, sequel to A PROPERLY UNHAUNTED...