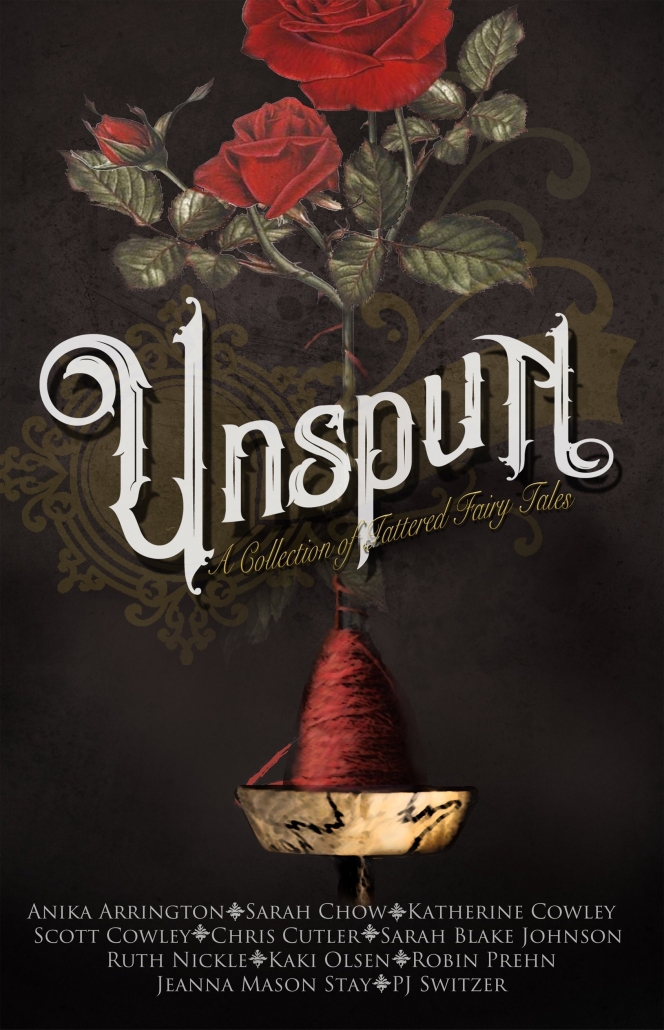 Whatever happened to “happily ever after”?

Heroes search for happiness, villains plot revenge, and nothing is as easy as it once seemed. Gretel suffers from post-traumatic stress disorder, an orphan girl questions Rumpelstiltskin’s legacy, a monster cat searches for a child to eat, and the Pied Piper realizes stealing a hundred and thirty children may not have been his smartest idea.

Fairy tales have endured for centuries even though—or perhaps because—their conclusions are often more unsettling than satisfying. In Unspun, eleven storytellers come together to challenge and explore a few of those classic tales. Unexpected twists are sure to provoke both thought and laughter.

Sarah, this is a great new anthology. How did the creation of the book come about?

Ruth Nickle wanted to put together a fantasy anthology with a group of other writers she knew, and she choose the theme “after ever after,” or, in other words, what happens after the traditional fairy tale ends. After several stories were completed, she and Katherine Cowley invited additional authors to contribute to the anthology. From there, they divided tasks. Ruth focused on some areas, such as the artwork, including the interior art; Katherine did the logistics, such as sending out drafts to the copyeditors and proofreaders and formatting the print and ebooks. I was invited to assist on the editorial side of the process.

You were the content editor for this book. What’s that process like? Did you wear a lot of hats?

My role as the content editor was to give revision feedback to each writer. I look at a lot of areas of writing craft when I edit: characterization, plot and subplots, scene arcs, setting, theme, pacing, etc. I focus on the big picture aspects of the story at first. I also touch on issues such as voice and some sentence level structures. I send the writer an editorial letter and notes inside the document. After the writer finishes the revision, I read the revised manuscript and give more feedback.

Can you tell us what you discovered by working on this anthology?

This anthology was interesting because I was able to work with ten different writers. Some stories, such as the princess in “Princess and the Pea” and the piper from “The Pied Piper” were fun to edit because of these writers’ exploration of characters that I had known from the original tales. It was also a delight to meet Snow White’s son and the villain in Jack and the Beanstalk and experience their different points of view as secondary characters from these common fairy tales. Plus, I discovered some fairy tales I hadn’t read before, such as “Tatterhood” and “Tsarevitch Ivan, the Firebird, and the Gray Wolf.”

I also have a short story of my own in this anthology: “Ásthildur and the Yule Cat.” It is based on the Yule Cat, which is a tale from Iceland. I lived in Reykjavik, Iceland when I applied to VCFA.

All that I learned at VCFA helps me every time I sit down to write. My experience at VCFA also helps me as an editor. When I give editorial feedback, I try to achieve what my advisors did for me, which is to help the writer not only write to the highest standard they can, but to also achieve their vision for their story.

Thank you so much, Sarah, for telling us about your process and multifaceted work on Unspun!

Sarah Blake Johnson is the author of the fantasy novel Crossings. She graduated with an MFA in Writing for Children and Young Adults from Vermont College of Fine Arts in 2011, a proud member of the Bat Poets and the Thunder Badgers. She has lived in various countries around the world including Brazil, Finland, Iceland, Nigeria, Germany, and Egypt. She will be living in Beijing for the next few years. You can find her online at sarahblakejohnson.com 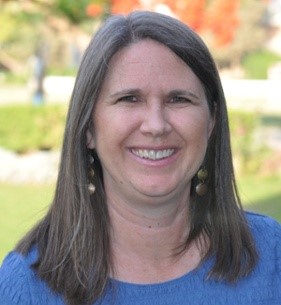