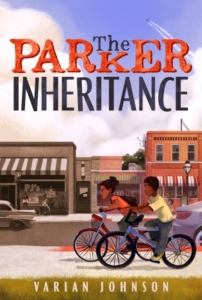 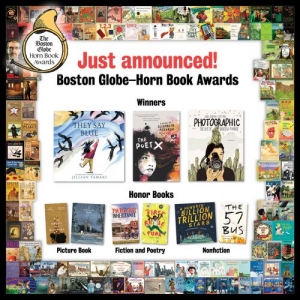 We are thrilled to see that faculty member Varian Johnson’s The Parker Inheritance has been named as a 2018 Boston Globe-Horn Book Awards Honor book! Each year one winner and two honor books are selected in three categories: Picture Book, Fiction and Poetry, and Nonfiction. The Parker Inheritance was named as one of the two Honor books in the Fiction and Poetry category.

Since its origin in 1967, the Boston Globe-Horn Book Award has become one of the most prestigious honors in the field of children’s and young adult literature. To qualify, the titles must be published within the United States. However, there are no restrictions on where the book was written or illustrated.

From The Boston Globe announcement:

“Since 1956, The Boston Globe has been proud to partner with The Horn Book, Inc., to honor accomplished authors and illustrators of children’s and young adult literature,” said Linda Henry, managing director, The Boston Globe. “The stories shared with us this year have captivated our imaginations and inspired us to find our voices. We congratulate each of the award winners and honorees on receiving this well-deserved recognition and thank them for sharing their talents.”

This starred review of The Parker Inheritance appeared in the March/April 2018 issue of The Horn Book Magazine:

In 2007 Abigail Caldwell, the first female and African American city manager for  the town of Lambert, South Carolina, was forced to resign after covertly digging  up the municipal tennis courts, looking for buried treasure. Now, a decade later,  the late Abigail’s twelve-year-old granddaughter Candice is following the same arcane clues, hoping to uncover the Parker inheritance — but who was Parker?  Johnson’s Westing Game–inspired tale is a tangled historical mystery, a satisfying multigenerational family story, and an exploration of twentieth-century (and contemporary) race and racism. Chapters alternate between the present, in which Candice grapples with making new friends, dealing with her parents’ divorce, and puzzling together information, and the past, particularly 1957, when a secret, integrated high school tennis match led to a violent racist attack. Johnson’s narrative revels in its puzzle-story elements (“She leaned back in the chair and spun in place. Maybe we’re reading this too literally. Maybe it’s more figurative. Like, if it’s a sum, maybe we should convert the clues to numbers”), and his protagonist is intelligent, endearing, and believable; scenes with her father, especially, have both humor and poignancy. Well-placed textual clues keep historical context and race relations at the front of readers’ minds — and examining those constructs, ingeniously, provides the key to solving the mystery. – ELISSA GERSHOWITZ