Join us in welcoming two new faculty to the community! 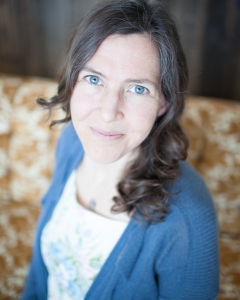 Deborah Marcero is an author-illustrator with a passion for storytelling in many media. Her picture book titles include My Heart Is A Compass (Little, Brown Books for Young Readers) and In A Jar (Putnam).

Her books have been chosen as a Library Guild Selection and translated into four languages. She is also the illustrator of chapter books and picture book titles including Twinderella by Corey Rosen Schwartz (Putnam) and The Boy Whose Head Was Filled With Stars by Isabelle Marinov (Enchanted Lion).

Deborah has a BFA from the University of Michigan in drawing, photography and printmaking, an MFA from the School of the Art Institute of Chicago in poetry, and a teaching certification from Northwestern University. During her tenure as a Literacy Specialist in Chicago Public Schools, Deborah was teaching a Young Authors unit to her fifth graders and realized that making books for children was what she wanted to do with her life. Deborah lives, draws and writes in Michigan. You can find more of Deborah’s books and drawings at deborahmarcero.com. 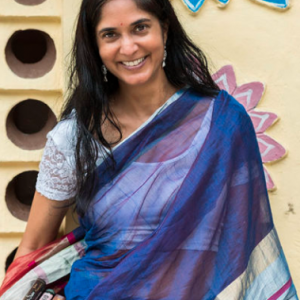 Padma Venkatraman was born in Chennai, India, the setting of her latest novel, The Bridge Home.

She worked as chief scientist on oceanographic ships, explored rainforests, directed a school, and lived in five countries before becoming an American citizen and settling down in Rhode Island. The New York Times described The Bridge Home as “gorgeous storytelling.” It is a 2019 Global Read Aloud book, a Washington Post KidPost Summer Book Club selection, and a Today Show Summer Read and has received five starred reviews (in School Library Journal, Kirkus, School Library Connection, ALA Booklist and Publishers Weekly), for a total of 17 stars so far, together with her previous three novels: A Time to Dance, Island’s End, and Climbing the Stairs. Venkatraman enjoys teaching, mentoring, participating on panels, giving commencement speeches, and providing keynote addresses at national conferences, and she has been chief guest at international literary festivals. She was recently interviewed on a national PBS program, and her work has been featured previously on national and international TV and radio, and in a documentary. Visit her at padmavenkatraman.com.

The January 2020 Residency Line Up!
Scroll to top