Mindfulness Monday: Why Meditation Will Transform Your Creative Life 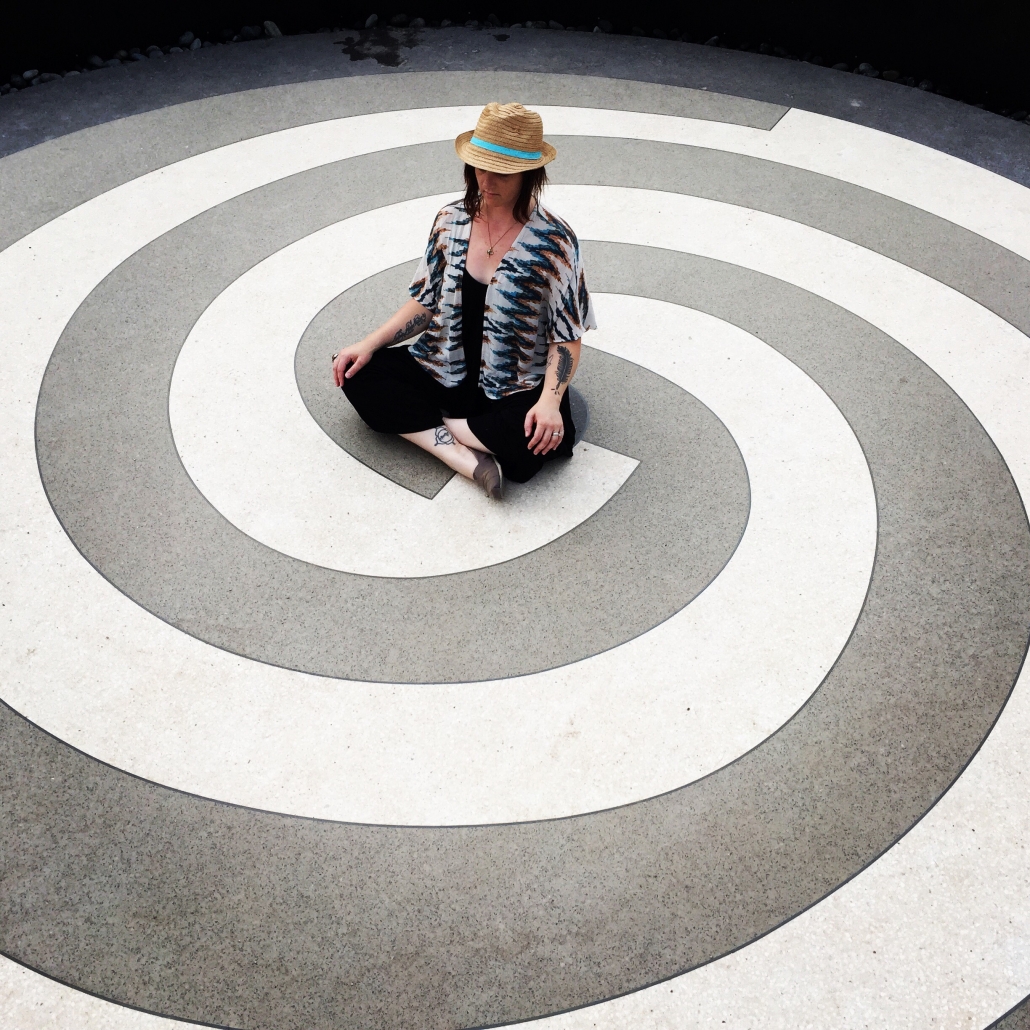 The writing life is hard.

(And beautiful, expansive, wondrous—all the good things, yes, but right now I want to talk about why it’s hard. Bahhumbug).

When I came to VCFA, I was in a bit of a unique situation, a debut author with two books under contract, then a trilogy. I was tired before I even turned in my first packet. For those of you that know me, I’m a Californian by birth, a New Yorker by soul. Meaning, I’ve always been a Type-A hustler workaholic who has literally said the sentence, I don’t understand hobbies. And meant it. For so long, all I knew was striving. Working myself to the bone for my dream of being published. I came to VCFA to be a better writer, and because, let’s be honest, I wanted the gold star. I always want the gold star.

Fast-forward to my first book coming out, just a few months before my graduation from VCFA, then the next. I was drowning in the incomprehensible world of publishing—what do you mean they don’t market the book they bought? Why do they get to keep the draft for nine months, then demand the revision in a matter of weeks? No one likes my tweets, I am invisible, I am worthless, I hate this, I don’t even like writing anymore.

Mine happened by degrees, preceded by a manic hustling for my worth (Love me! Love me!) followed by a deep, dark depression in which I was highly functional, yet growing increasingly panicked by creative blocks, decreasing advances (when they don’t market your books, they don’t sell – funny how that works), and a terrible fear of failure. Medication didn’t work and the thought of quitting it all was too awful to bear and seemed impossible, anyway, since I owed several major corporations novels I had yet to write, but had been paid money for, money which was now gone because I’d moved to New York City and quit my day job.

Then I went to the Cape, oh that magical land of sand and sea, where VCFA alumna Leslie Caulfield made me lay down on a couch and listen to a guided meditation. I was desperate, and me laying on this couch was proof of that.

Oh, I’d meditated before: on a cliff overlooking the sea in India, at a Korean monastery at dawn (in scratchy monk’s robes thankyouverymuch), in yoga studios at Venice Beach, and in way too many acting classes. I’m a spiritual misfit, a longtime seeker—this whole going inward thing wasn’t new to me. But meditation? Nope. I was convinced my mind would not be able to do it, and, in fact, the times I had meditated had been so awful I’m pretty sure I’d rather be forced to read the entire [redacted] series (trying not to hate: you’ll just have to imagine what books I’m talking about). To quote my agent in an email she once sent me, “Wow, you are a whirling dervish on steroids.” Who else out there can’t stop the spinning, the ideas, the endless thinking, thinking, thinking? Because, I tell you, it’s exhausting.

But then I lay down on that couch and—the reeling slowed down. It didn’t stop. But it slowed down. More dance, less steroids.

I didn’t have an epiphany, or a major spiritual awakening. I just realized that this was good for me. That meditation wasn’t a way to check out, but a way to check in. It’s a tool for working with our minds, to understand them. To observe them.

I thought it was supposed to transport me to some non-thinking bliss state, but that’s not it at all (though some meditation styles go that route, that’s not the kind I’m talking about here). In this space, we release expectations. We let go. And, oh man, letting go for someone like me feels so freaking good. Sitting there, following the guided instructions, they seemed…manageable. Like something I could maybe do. And after I got up off that couch, I felt more grounded, more connected to myself.

And I wanted more.

The poet Mary Oliver tells us that, Attention is the beginning of devotion. And I suppose that’s what my meditation journey has become—a practice of attention. Which, if you really think about it, is all writing really is. For quite a while now, meditation—and by extension, mindfulness—has become a central part of my life, and my writing process. It’s been incredibly transformative, so much so that I got certified to teach it and have begun sharing the practice with the writers I coach, as well as teaching it at retreats I lead and in online Mindfulness Immersion for Writers courses. One of my clients told me that someone she knows glanced at her the other day and said, “You look free.” Students tell me that they are flowing more, less blocked, don’t snap at their kids as much, and can handle the stress of agents / editors / rejection much better.

If any of you have ever had a workshop at residency with Mary Quattlebaum, then you’ve probably had some experience with meditation as a writer. Mary was the first writer who showed me that this practice could support my writing when she led our group in a series of guided meditations before our workshops that unleashed creative flow. In my own experimentation, I’ve found this to be true, as well. We’ll dig into neuroscience at a later date, but just know this: the part of your brain that activates flow is the same part of your brain you’re working when you meditate. And it takes on your inner critic, too. (So muscle up, buttercup!) I’ve realized that between Mary and Leslie, VCFA has played a big part in my journey toward becoming a total Mindfulness for Writers evangelist. Just another thing to thank our community for, right?

Here on the Wild Things blog I’ll be writing a weekly Mindfulness Monday post to explore how mindfulness and meditation can support both your writing process (including, yes, craft), as well as help you navigate the ups and downs of the writer’s life. Meditation helps build our resilience muscles, so when those rejections and bad reviews come in, we have a bit more perspective when we handle them—they don’t rock our worlds as much as they once might have. It helps us have better focus when we sit down to write, gives us more flow (seriously), and provides a host of other benefits.

Here are a few I have personally experienced:

– The end of major creative blocks

– Depression management (No meds anymore; more on this later)

– A healthier response to my inner critic

– Deeper connection to self and others

– More awareness of how my mind works

– Less hustling for my worth, thus more focus on my creativity

– End of my nervous breakdown

I look forward to sharing my insights and journey with you, and would absolutely LOVE to hear how this practice is helping your own creative life. I know many of you out there are meditators and have much wisdom to offer us. Please share in the comments below to get the conversation started! For those of you who are curious, there are loads of resources on my Mindfulness for Writers blog, including guided meditations, worksheets, and more. Please don’t hesitate to reach out with questions.

If you’d like to dive right in, you can find my guided meditations for writers on the free Insight Timer app. I teach in the mindfulness meditation tradition.

Just a side note: I’m offering an online Mindfulness Immersion For Writers course this September, which is a great way to dive into this practice and start one of your own. I’d love to meditate with you!

Here’s to your practice –

Heather Demetrios (’14) is a young adult author, writing coach, and meditation teacher for writers. She’s the recipient of the Susan P. Bloom PEN New England Award and the author of several critically acclaimed novels, including Bad Romance and I’ll Meet You There. She’s the editor of the upcoming anthology, Dear Heartbreak: YA Authors and Teens on the Dark Side of Love, which features several VCFA faculty and alumni. She lives abroad in various locales, but you can always find her at Mindfulness for Writers and on Instagram (@HDemetrios). Come meditate with her online this September in her Mindfulness Immersion for Writers Course.

William Alexander Releases A FESTIVAL OF GHOSTS, sequel to A PROPERLY UNHAUNTED...
Scroll to top