Adrienne Kisner ’17 on crying babies, dormitories, and drafting as a superpower.

In Adrienne Kisner’s Dear Rachel Maddow, a high school girl deals with school politics and life after her brother’s death by drafting emails to MSNBC host Rachel Maddow in this funny and heartfelt YA debut. 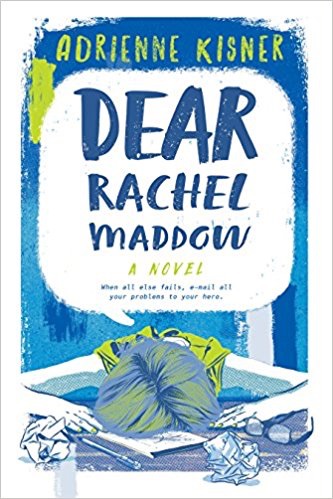 She watches her daily, and after writing to Rachel for a school project–and actually getting a response–Brynn starts drafting e-mails to Rachel but never sending them. Brynn tells Rachel about breaking up with her first serious girlfriend, about her brother Nick’s death, about her passive mother and even worse stepfather, about how she’s stuck in remedial courses at school and is considering dropping out.

Then Brynn is confronted with a moral dilemma. One student representative will be allowed to have a voice among the administration in the selection of a new school superintendent. Brynn’s archnemesis, Adam, and ex-girlfriend, Sarah, believe only Honors students are worthy of the selection committee seat. Brynn feels all students deserve a voice. When she runs for the position, the knives are out. So she begins to ask herself: What Would Rachel Maddow Do?

I love Brynn, my main character.  She is cooler than I am and far, far braver.  I was consistently and uncreatively bullied as a teenager, but hid to survive. Bynn does the opposite.  In my daily life, I rarely swear at all.  But oh—the litany of anger in my head. Brynn just puts all of herself and her unfiltered thoughts out there, all the time.  I admire that about her.

I also admire how she consistently loses, but keeps going.  She wants so desperately not to care, but she can’t help herself.  Something deep inside her compels her to want to make better a world that would just as soon give up on her.

In September of 2008, I had occasion to spend a lot of time in the company of a baby who screamed.  All the time.  Relentlessly.  The only thing that would calm her was bouncing on a yoga ball.  I spent a lot of time watching television on that yoga ball.  It just so happened that a new show debuted on MSNBC in September of 2008.  I’d watch Rachel Maddow every time she replayed, and sometimes record her for later, since what else did I have to do, really?  I started to think of Rachel as this far away friend, since I spent more time listening to her than any other adult in my life at the time.  She was so smart and funny and humane.  When I was in high school, I’d always wanted to be a journalist, but drifted away from it.  I wondered if I’d watched the show then, what impact would it have had?  What if a kid watched her now, looked up to her, and wrote to her a la Dear Mr. Henshaw?

I always hoped someone would write me that book.  No one did, so I did it for myself.

I have a phase in my process I call “Beastmode.”  I start a book, and basically sit in angst for months thinking about how writing is crap and obviously I’ll never come up with anything ever again.  Then a switch flips in my head and I can produce massive word counts each day, to finish a draft in a month or so.  I then have to slowly and painfully revise for ages after that.  But let me tell you.  I draft like a motherfucker.

I had An Na for my first semester.  I came in to VCFA with fifteen pages of Dear Rachel Maddow.  Na was the person who told me to write that book, and I finished my first draft of it for her.  Then I had Amanda (A.M.) Jenkins who helped me gut the thing and fix it so it made sense.  She taught me that I couldn’t skimp on the revision phase.  I had Daniel Jose Older for my third semester.  That man let me tear apart the “male gaze” for my critical thesis and didn’t even flinch.  In my final semester I had Amy (A.S.) King.  I handed in the first few chapters of a completed draft of another book and she was like “this isn’t working, you are going to have to start again.”  That sucked.  But then I started again because Amy King is always right; the book is much better for it.  Na, Amanda, and Amy were with me through my phases of drafting, revising, and then revising again for my editor.

But all of them consistently told me they believe in me and in my work, while at the same time shredding it into tiny pieces that I had to put back together.  That made all the difference.

Before VCFA I had some small victories in publishing.  I had agent interest, a lot of full requests on several manuscripts, etc.  But nothing really panned out.  My twin soul and VCFA roommate of five residencies, Jennifer Mann, said that if we really wanted to take our craft to the next level, we had to go to VCFA.  She wasn’t serious and neither was I, because I already had two young children along with a Masters and Doctorate, and was not really in the mood to go back to graduate school again.  But, not unlike my “beastmode” in writing, once a switch flips in my head, if I decide to do something, I do it.  So I applied and got in.  Jen applied mostly out of incredulity that we’d do this thing.  But then she got in and in the summer of 2015 we were on our way to Vermont saying, “What the hell are we doing?”

But when I got there, I found all of the things I wanted.  I found a community, particularly my class, The Dead Post-its Society.  I love all of them so much.  And I got the push and support to polish my craft that I was otherwise lacking.  Without VCFA, I don’t think I’d have a book coming out at all. 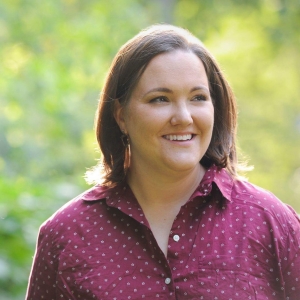 Who is Adrienne Kisner?

I have lived over half of my life in a college dormitory.  My dorm is better than yours (and likely bigger).  I like the term “dormitory” better than “residence hall.”  I went to school for a long time so that now I get to swoop around in a fancy robe and silly hat (like at Hogwarts).  I graduated from the MFA in Writing for Children & Young Adults program at Vermont College of Fine Arts (a place like Hogwarts).  I play both the viola and tennis with more heart than skill.  I love my current home in Boston but will always be a Pennsylvanian at heart.  I graduated from VCFA in July 2017.