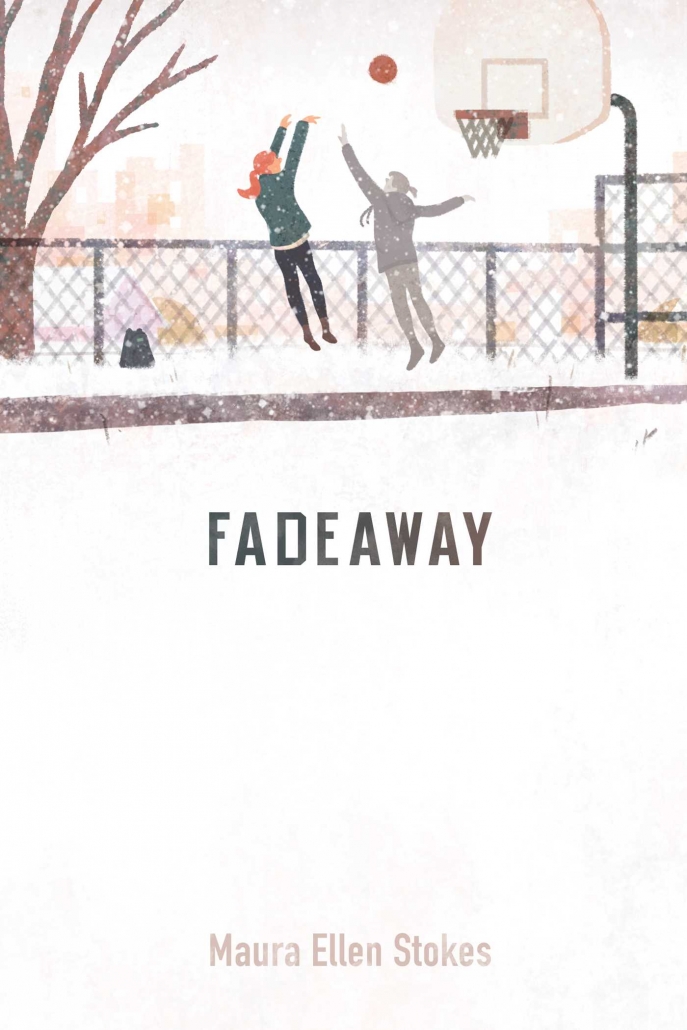 Maura Ellen Stokes  ’03 has released her debut middle grade novel, Fadeaway. As a life-long sports enthusiast, Maura often incorporates sports into her fiction. Maura is a New England native and currently lives in Chapel Hill, NC. Of her time at VCFA she says, “[The] experience was a life-changer, and that community sustains me now.”

When Sam’s best friend Reagan dies after her heart suddenly gives out, Sam must learn to deal with her grief and ultimately discover who she is without her best friend by her side.

Fourteen-year-old Sam thinks she has all summer to hang out with her best friend, Reagan. But then her life changes forever. Sam’s world, once filled with school, basketball, and Reagan, has now abruptly changed and she must learn to navigate high school on and off the court without her best friend.

But when Reagan suddenly “reappears,” Sam clings to her friend’s presence, even as it hurts rather than helps her grief. Can Sam learn to accept herself without her other half? This authentic, powerful story of friendship, grief, and discovering yourself is a can’t-miss debut novel from Maura Ellen Stokes.

Tell me about writing FADEAWAY. What were you trying to accomplish with the book?

The project started when I was taking a break from an unfinished novel. I had been thinking about young death, especially sudden death, and how difficult it must be for the close friends left behind.  When I grew up, a number of kids I knew died from accidents or cancer—kids in my schools, or kids I played with at the park. I wasn’t close with them, but I always wondered how those kids who were could deal with their tragedies. I wrote the scene when Sam finds out her best friend Reagan had died. The work soon became a real story about real characters and their journey. Well, at least one of them is always real ….

And my wonderful writing group – all VCFA alums – had just had a brief discussion about opening up the throttle and just writing whatever the heck you wanted for style. And I did that for one single-page chapter—writing without any censoring whatsoever—and that helped to keep a certain momentum going.  By the way, I didn’t ever change a word in that original short chapter.  Lesson learned!

Were there any surprises along the way?

Definitely. A huge one. I was writing along, with Sam having the expected difficult time with getting back to life without her best friend.  She’s depressed, school sucks, and the only thing she wants to do is to talk to her dead friend Reagan. And sure enough, Reagan just showed up in the next sentence. Essentially the entire premise of the book rolled off my fingers onto the keyboard. Having that happen is quite a bit of fun!

Was any part of writing the book made easier from being in the WCYA program?

My writing group, the brilliant and famous alums Jane Buchanan, Debby Edwardson, and Sarah Sullivan, provide amazing insights and advice on my work. And there can’t be three more encouraging people in the world.  For one instance of craft advice, right before I had finalized Fadeaway to send to an agent, when I was quite pleased with myself, Debby remarked that it really was time to put the scenes in the first chapter in chronological order. Let’s just say that I did what Debby said—tossing out my clever flashback sequence–and that’s the only way it could work!

A couple times, I also benefited from Tim Wynne-Jones’ dictum that the answer to your writing problem is often already in the manuscript.  I remember telling myself it’s right here. It’s right here. And he was right both times!  The answers stared back at me from my own pages. Oh, and another connection is that the unfinished novel I took a break from was going to be my second semester project, until I had, yes, second thoughts an hour before the residency ended. I ran a different idea by my advisor Brock Cole literally as I walked out the door to Noble on the way to catching the shuttle to the airport. He graciously agreed to the change, and I began the infamous Mo Donovan project that became my VCFA creative thesis.  My future plans are to keep pulling that unfinished novel out for further stalling so I can take another fruitful break.

Are there any other connections with the program you’d like to mention?

Only getting Fadeaway published! I attended an alumni mini-rez several years ago and submitted the first 10-15 pages as part of the editorial/agent critique to Rubin Pfeffer.  At that time, I might have had 50 total pages. He and new agent Melissa Nasson liked it, and Melissa contacted me that fall about whether it was completed (Not).  She stayed in touch, and eventually, that spring, I sent her a copy and she offered me agency. I found out when I was attending the next year’s mini-rez! She shipped it around for a good while, and it had a few almost-bites, and then Sonali Fry bought it for her new Yellow Jacket middle grade imprint.

Why Maura Ellen Stokes as your author’s name?

Well, I have another life as a statistician, and I am a lead author on a text as Maura E. Stokes and I’m on a number of journal articles as M. E. Stokes. So, the idea was to do something a little different for my fiction. And I really like my name. It does help to bring up Fadeaway and writer stuff on the internet first.  Although checking that out again just made me realize there is a Maura Stokes who is a barista, apparently a good one, at a Starbucks in Williamsburg (watch out, Sarah).  I had previously thought the only other me lived in Ireland.

But maybe because I live in the south, some people are now addressing me as Maura Ellen, which was not my intention. Oh well! 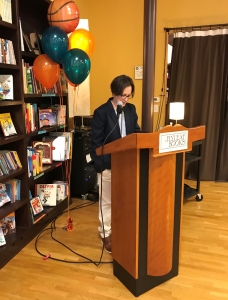 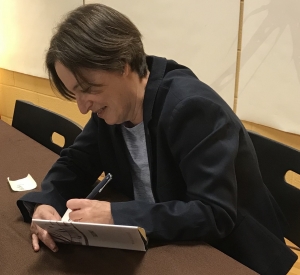 Faculty Member Jane Kurtz Releases WHAT DO THEY DO WITH ALL THAT POO?
Scroll to top