New Release: Up For Air by Laurie Morrison ’12 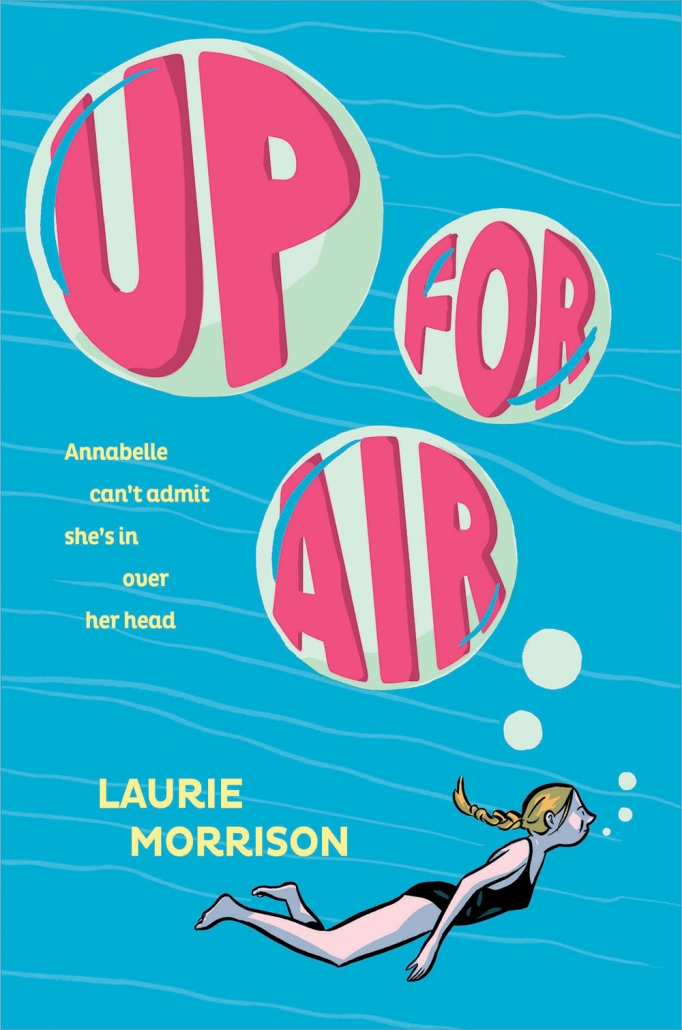 Welcome Laurie Morrison and thank you for taking the time to talk to Wild Things about UP FOR AIR!

Thanks so much for having me!

Tell us about your book.

At its core, Up for Air is a story about where we find our self-worth. It’s about thirteen-year-old Annabelle, who is the fastest swimmer on her middle school team. Whether it’s freestyle or butterfly, she can swim circles around all the other kids. But outside the pool, she’s struggling at her fancy private school. Even though she works really hard and gets extra time on tests, she still can only get mediocre grades, and she doesn’t feel like she belongs. Until she’s asked to swim with the high school team. Suddenly, she’s got a new group of older friends and a boy who treats her like she’s someone special—and she thinks she’ll finally stand out in a good way. But can Annabelle keep up with these high school kids? As this new team brings new challenges, Annabelle has to find out who she can really rely on—and what kind of person she is, both in and out of the pool.

Where did the inspiration for writing this book come from?

Back in May of 2011, when I was a student at VCFA, I was struggling with a YA manuscript and, honestly, I was struggling in my personal life, too. I read a guest post that E. Lockhart wrote on Cynsations about where fiction comes from, and that post gave me the initial seed for a new story.

In her post, E. Lockhart explained that her hilarious and heartfelt Ruby Oliver books came out of a “deep leftover sadness about the end of [her] first love,” and she suggested that the “things we carry around in our chests” can be the “starting points for fiction.” I really loved that idea. At that point in my life, I was feeling a lot of vulnerability and embarrassment about the way a couple of relationships had played out, and I decided to follow E. Lockhart’s advice and write a story that explored those emotions.

So I started writing a new YA novel called Rebound, and Annabelle was a secondary character in that story. I signed with my agent for Rebound in 2013, but it never sold. However, one of my former middle school students read Rebound, loved Annabelle, and told me I should write her story next. Eventually I listened, and I took those same emotions as the starting point for Annabelle’s story, too. In Up for Air, I was also inspired by the middle school students I taught; I wanted to write a book that explored some of the social pressures I saw them facing in real life but didn’t see much of in middle grade fiction—things like being a girl who’s an “early bloomer” and the dynamics of having older friends.

Were there any unexpected hiccups along the way?

It took a long time for me to commit to writing the book because I was afraid that Annabelle’s story wouldn’t be marketable. I feared that it might be seen as too “quiet” or too “mature” for middle grade…but ultimately I just couldn’t let the idea go. Then even after I finally committed to writing the book, I got stuck when I was a little over halfway through a draft. I could feel the story slipping away from me, and I was getting bored writing new scenes, which is never a good sign! So I put the manuscript aside for a while. I returned to it several months later and saw that there was an extremely boring subplot that could simply drop away. Once that happened, I was suddenly on a roll again and the rest of the book came together smoothly, but I really needed that space to gain perspective and move forward. It’s been a funny book because it’s had a very long gestation period, and yet the actual processes of writing and revising it have been relatively quick.

Are there any events coming up where readers could come see you?

Yes! So far I have a few things planned. I’m having a book launch at Children’s Book World in Haverford on May 5th at 2pm, and I’ll also be at nErDcampNJ on May 18th and the Maplewood South Orange Book Festival on June 8th.

Tell us a little bit about your background before VCFA, and how you came to decide to enter our program.

Before I started at VCFA, I had gotten a master’s degree in Rhetoric, Composition, and the Teaching of English, and then I’d started teaching seventh and eighth grade English. Once I immersed myself in reading middle grade and young adult novels to share with my students, I got inspired to try writing fiction myself. I wrote a fairly plotless and way too autobiographical middle grade novel, which helped me realize that I wanted to learn a lot more about writing. I found out about VCFA because I was friends with Jill Santopolo—VCFA alumna, editor, bestselling author, and all-around remarkable person—and she recommended I apply. Jill made the program sound incredible (and rightly so!), and I was excited that the low-residency model would allow me to keep my full-time teaching job.

What year did you graduate from WCYA and what was your class name?

I graduated in summer of 2012 and am a member of the Secret Gardeners.

Was there one lecture in particular that you can recall an a-ha moment that reinforced that you belonged in the program?

My first a-ha moment happened during my first residency. Janet Fox’s graduate lecture about elision blew me away because it was so intellectual and so practical, and I was excited about that combination. I walked out of the lecture grappling with highly complex ideas, and I also had a sense of how I could try to implement something concrete in my writing. When I had been in graduate school before, the scholarship had sometimes felt too abstract to me, so I was thrilled that I’d found a place where people were thinking about writing in a way that was intellectually sophisticated and also grounded in specific techniques.

Could you talk about your experience in lectures or during your semester work with advisors and how it may have shaped the writing life you are living now?

After attending so many lectures and working with four different advisors, I left VCFA with a large variety of ideas and resources that I can now draw upon in my writing life.

I can assign myself writing exercises like the ones Mary Quattlebaum gave me during the semester I worked with her. I can decide on a character’s controlling belief, obsession, and vacuum, as Franny Billingsley encouraged me to do. Just recently, I remembered a lecture in which someone—I think it might have been Kathi Appelt—suggested figuring out a character’s primary role and relationship. All these years later, I got a flash of that lecture when I was struggling with my next book, and I was able to identify the relationship that matters most to my character and get closer to the heart of her story. Since graduating from VCFA, I’ve learned that every book I write requires a different approach, and I’m grateful that I can pull from such a broad range of ideas and take what works for each project.

What about VCFA affected your career and where you are now?

Well, I co-wrote my debut novel, Every Shiny Thing, with my VCFA classmate Cordelia Jensen, so I know that book wouldn’t exist if I hadn’t gone to VCFA and met Cordelia! More generally, I also learned so much about craft, grew tremendously as a writer, and built the support system I needed in order to persevere on my path to publication. I wrote three books that went on submission and got some interest but didn’t sell before Every Shiny Thing sold, and it would have been much, much harder for to persevere through those disappointments without the support of my VCFA friends, who have cheered me on and shared their own struggles and triumphs with me. 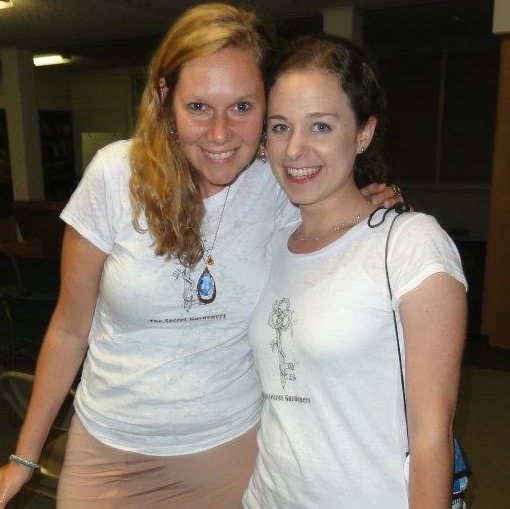 Do you have any VCFA connections that affect your career right now?

I definitely do! In addition to co-authoring my first published book with Cordelia Jensen, several other VCFA alumnae—including Cordelia, Laura Sibson, Mary Winn Heider, Val Howlett, Nicole Valentine, and Jenn Barnes (a.k.a. Jenn Bishop)—are my trusted critique partners who have given me incredibly helpful feedback on my books. And my editor, Maggie Lehrman, is also a fellow alum. I know she hasn’t bought my books specifically because of the VCFA connection…but it’s a fun shared experience to have, and Cordelia and I were extra excited when we first found out that she wanted to work with us on Every Shiny Thing since we already knew and admired her. 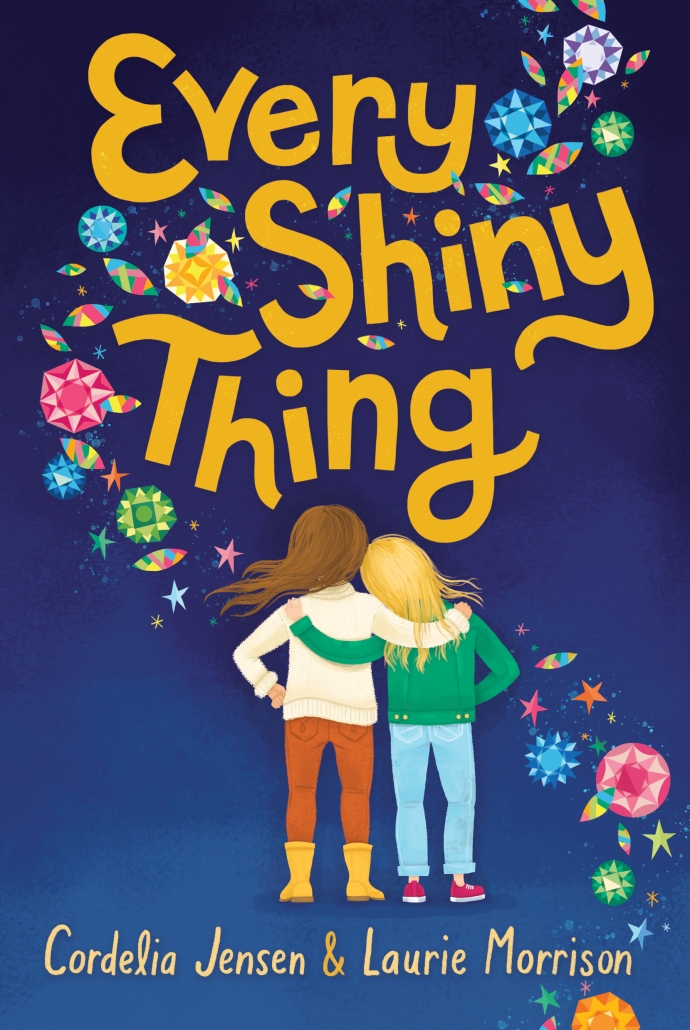 What would you say to potential students or current students who are hoping to further their writing career?

When I started at VCFA, I really wanted to finish a novel during my time in the program. That didn’t happen…and I’m glad, because I left VCFA with a strong start on two different novels that I later finished, and I wrote some shorter pieces there, too.

I’d encourage potential and current students not to put too much pressure on themselves to have a book all ready to go out to agents or editors right after graduation. If that happens, great! But I think it’s valuable to see your time in the program as a chance to develop a toolbox of skills that you can use on any future project.

My experience of having three books on submission that didn’t sell before ultimately selling my next three books has taught me what a long game publishing is. I completely understand the desire to move forward on the path to publication by finishing and polishing a book, getting an agent, and going on sub! But I’ve learned how much is out of my control and how impossible it is to rush things. At VCFA, you can focus on things that are fully in your control, like developing various aspects of your craft, and what you learn will benefit you throughout your writing career whether your first post-VCFA book sells or your fourth one does!

What’s coming in the future for you and your writing life?

Right now, I’m working on my next middle grade novel, Saint Ivy, which is due out in spring 2021. Like my other books, it’s a contemporary realistic story that delves into complex emotions, family dynamics, and friendship issues, but this one has a bit of a mystery at its core, which makes it a new challenge for me! 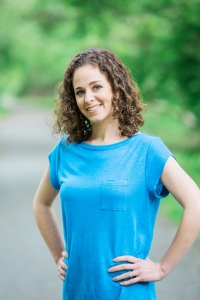 Laurie Morrison taught middle school English for ten years and is the author of three middle grade novels, all published or forthcoming from Abrams/Amulet: Every Shiny Thing (cowritten with Cordelia Jensen, out 4/17/18), Up for Air (5/7/2019), and Saint Ivy (spring 2021). She collaborates with other authors to run Middle Grade at Heart, an online book club and newsletter. Laurie holds a BA from Haverford College, an MA from The University of Arizona, and an MFA in Writing for Children and Young Adults from Vermont College of Fine Arts.  She lives with her family in Philadelphia and loves freshly baked pastries, good coffee, being outside, and (of course) books.

Leah Jones manages the social media content of the MFA in Writing for Children and Young Adult program at Vermont College of Fine Arts. She has worked as an editor at Thompson West and Ashgate Publishing. In addition to editorial work, Leah owns a small jewelry business, Alloy, where she enjoys the opportunity to engrave her favorite quotes and pieces of writing into metal. 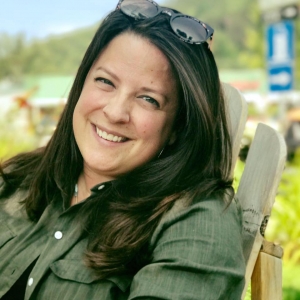 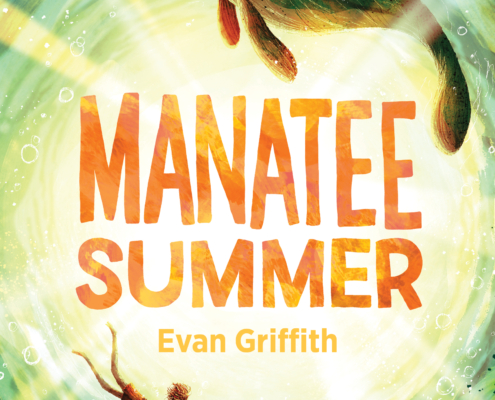 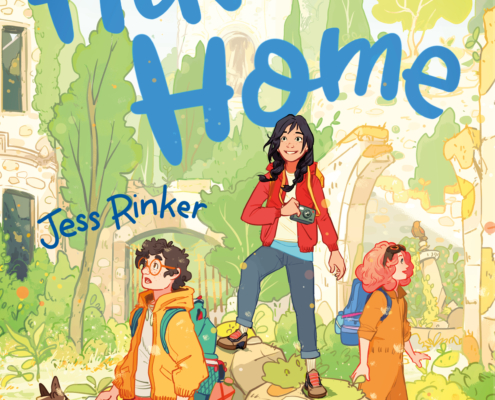