In increasingly Unprecedented Times, we often look to the past to inform our actions as we move into the uncertain future. Historical books, especially books for young readers about people who have thus far had their particular histories unsung, have been and continue to be invaluable to education, not only on the subject of history itself, but on the subject of humanity.
Author and alumnx Barbara Krasner has written one such historical novel–in verse!– about a powerhouse of a woman tried and executed for espionage post WWII in the US: Ethel’s Song: Ethel Rosenberg’s Life in Poems, a Novel in Verse.
Check out our interview with Barbara below and learn more about her and her fascinating new book coming out September 13, 2022!
1.Tell us a little bit about Ethel’s song in your own words.
Ethel’s Song: Ethel Rosenberg’s Life in Poems, a Novel in Verse puts a woman accused of and executed for conspiracy to commit espionage in the context of place and time. Ethel Greenglass Rosenberg was a victim of her circumstances and represents an American tragedy. 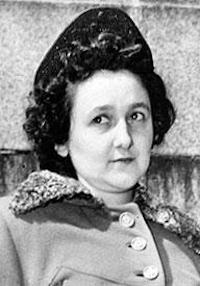 2. Who was Ethel Rosenberg and why is her story especially important for young readers right now?
Ethel Greenglass Rosenberg was born in the tenements of the Lower East Side of Manhattan, an area swarming with poor Jewish immigrants from eastern Europe. Whip-smart and talented in acting and singing, Ethel’s hopes to go to college were dashed by the Great Depression and the family’s need for her to go to work. She became active in workers’ rights. When she met Julius Rosenberg at a charity benefit, she met her soulmate. Accused of passing atomic secrets to the Soviets, Ethel dealt with challenges in the American legal system against a backdrop of fear of communism in the post-World War II period and ever-present antisemitism. We still see these challenges today.
3. You chose to write this historical novel in verse. Why was this the best choice to portray Ethel and her story?
I originally drafted this narrative as non-fiction prose. But at a Highlights Foundation retreat, Calkins Creek editor Carolyn P. Yoder suggested I rewrite it as verse. I felt immediately relieved and liberated. Using verse, I could use poetic form to convey Ethel’s emotions (e.g., a villanelle for her despair), repetition to communicate obsession, etc. 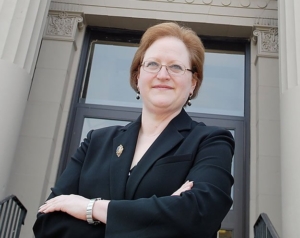 4. Tell us a bit about you. What makes you tick as an author?
I write history in a variety of forms–picture books, historical fiction, novels in verse. I have a Ph.D. in Holocaust & Genocide Studies and teach courses in those areas as well as American history.
5. What are some social justice issues that are close to your heart right now?
I am concerned about giving voice to those who either have no voice or have little to no opportunity to get their voice heard. I just read the UN Declaration of Human Rights to my genocide class the other day and that exercise reminded me of how those rights do not exist in many parts of the world, including really our own country.
6. What was something that surprised you while writing this book?
I wanted Julius to speak up for his wife and tell everyone she had nothing to do with the charges levied against them. She was not a member of the communist party, had no code name, and did not pass any secrets.
7. What was the biggest challenge you faced writing Ethel’s Song?
The biggest challenge was sorting through the legalese and getting all the legal points correct. I thank Ethel’s son, Robert Meeropol, for bringing those errors to my attention.
8. You have another project in the works. What can you tell us about it?
Yes, thanks! I’m working on another young adult novel in verse called Camp Nordland. It deals with the unraveled friendship between two Newark, NJ teenagers starting in 1937 when the teen one of German heritage (the other is Jewish) attends a Nazi paramilitary training camp in rural New Jersey. Camp Nordland operated in Andover from 1937 until 1941. It’s due for publication in Fall 2023 from Calkins Creek/Astra Books for Young Readers.
9. What do you do to decompress when the ills of the world seem too heavy?
That’s actually not one of my strong suits, unfortunately. I play a lot of Freecell, watch Bravo TV, and lead writing sessions on family history and memoir.
10. What are some social justice resources you can recommend for your readers?
Facing History and Ourselves is a fabulous website I can recommend. I also recommend Echoes and Reflections and the US Holocaust Memorial Museum website.
You can learn more about Barbara and her works at www.barbarakrasner.com
https://wildthings.vcfa.edu/wp-content/uploads/2022/09/ETHEL_FINAL_Rev-scaled.jpg 2560 1696 Ceredwyn Bagley https://wildthings.vcfa.edu/wp-content/uploads/2018/05/Wild-Things-Logo-transparent.jpg Ceredwyn Bagley2022-09-07 13:41:072022-09-07 13:41:07Ethel's Song: An Interview with Barbara Krasner 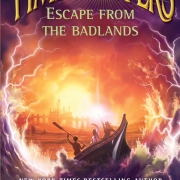 New Release: ESCAPE FROM THE BADLANDS by Carrie Jones '07 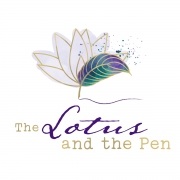 The Lotus & The Pen #1: An Interview with Mary Quattlebaum – Heather Demetrios 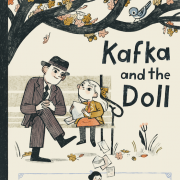 Release Interview: KAFKA AND THE DOLL by Larissa Theule ’09 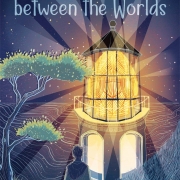 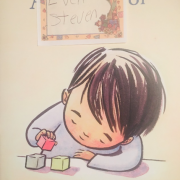 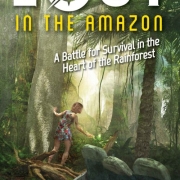 The Fight for Intellectual Freedom: an Interview with Amy King and Tirzah P...
Scroll to top