As the summer gets underway, our thoughts often turn to fun in the sun and frolicking on the beach, hoping for an encounter with sea creatures like dolphins, or, in VCFA alum Evan Griffith’s case, manatees! We were able to interview Evan about his middle grade novel, Manatee Summer. Learn more about this delightful book here!

1. Tell us what the story is about in your own words.

It’s the last summer before middle school for 11-year-old Peter and it’s a time of head spinning change. As Peter and his best friend, Tommy, try to complete their Discovery Journal—a scientific catalog of all the animal species they can find in their central Florida town—Peter must also take care of his grandfather, who has rapidly progressing Alzheimer’s, while his mom works to salvage her real estate career. Then, on the same day, Peter discovers a manatee injured in a boating strike and learns that Tommy is moving to Michigan. As Peter scrambles to save the injured manatee, take care of his grandfather, and somehow keep Tommy from leaving, his summer becomes a breathless race to fix everything that feels broken in his world. 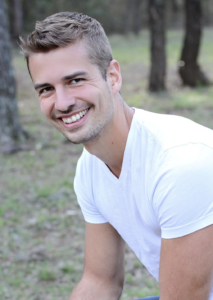 2. This story centers around wildlife conservation, specifically manatees. What inspired you to write a story about manatees?

I grew up on the Indian River on the east coast of Florida. A group of manatees lived in the canal that ran into my neighborhood, and I used to sit on the banks and watch them swim slowly through the water. There was something about the gentleness and steadiness of such large creatures that stuck out to me. I knew that manatees are a vulnerable species and I remember seeing manatee zone signs posted in the waterways—a reminder to boats to go slow. It was my first exposure to wildlife conservation issues and the conflict between the natural world and the manmade world. After leaving Florida at age 18, I realized that manatees seemed otherworldly and almost mythological to people elsewhere in the country, and those childhood memories by the canal became more precious and nostalgic to me as time went on. So, when I became broadly interested in wildlife conservation as an adult and wanted to explore it in fiction, it made sense to return to my first exposure to it: manatees.

3. In Manatee Summer, your protagonist, Peter, finds himself taking on the responsibility of caring for his grandfather. Why was this an important aspect to include?

So many kids find themselves in positions of caretaking for parents, grandparents, or other adults in their lives. I wanted these kids to find themselves in this story. I wanted to honor kids’ natural caretaking instincts but also the overwhelming sense of responsibility these situations can cause, and the way that a reversal of the caretaker relationship can force kids to grow up too quickly. That moment in childhood when you start to realize that the adults in your life are vulnerable and fallible—that’s always been interesting to me, and it plays out in Peter’s relationship with his parents, too.

4. Your protagonist seems like the type to take on a lot of responsibility to fight against things that are largely outside his own control. What else can you tell us about this character?

Peter has a big heart and big feelings. He cares so deeply about the people and the animals he loves that it often hurts. He has a strong sense of injustice, and his temper flares when he sees it. He’s excitable, quick to act and quick to anger, but he has a hard time connecting with sadness, grief, and fear—the feelings that make him feel vulnerable and out of control. So part of his journey is learning to make room for these feelings, too, and finding a way to accept what he can’t control. Peter was so much fun to write—he’s always concocting ambitious plans and he sees himself as a leader, so he has lots of agency and really drives the story.

5. What surprised you about your characters while writing this book?

I was most surprised and delighted by Tommy, Peter’s best friend. I didn’t know much about Tommy when I started writing the book, so there was a real journey of discovery for me there. I was moved by how much of a steadfast friend he proved to be—he loves Peter unconditionally, and he’s such an anchor when Peter is spinning out. At the same time, he has his own challenges to overcome—exploring how he faces and overcomes his many fears was rewarding. We all need a friend like Tommy!

6. What can we do to help in the fight to help endangered animals? 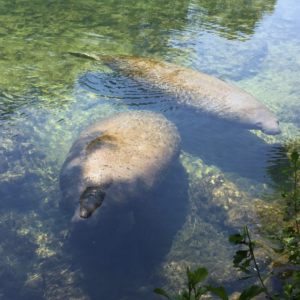 As Peter says in the book, it’s easy to feel overwhelmed when confronting the countless struggles and injustices that animals across the world are facing at our hands—and when that overwhelm happens, it helps to pick one one cause to devote your time, attention, and resources to—at least as a start. While the Florida Manatee Society in my book is a fictional organization, it was inspired by the Save the Manatee Club, which does fantastic advocacy and conservation work. I recommend checking out their work and donating, if you can. Of course, there are many more organizations out there devoted to different species, so if there’s an animal that you’re passionate about, see who is working to protect them and how you can get involved. On a larger scale, we all have to reckon with climate change and widespread environmental devastation—politically, culturally, ethically. My hope for kids like Peter is that they get to witness the human race making a concerted effort to move back into balance with the natural world. Kids—and all the animals of the world—deserve better.

Evan Griffith is the author of the middle-grade novel Manatee Summer (Quill Tree, 2022) and the picture book biography Secrets of the Sea: The Story of Jeanne Power, Revolutionary Marine Scientist (Clarion, 2021). He studied creative writing at the University of North Carolina at Chapel Hill and received his MFA in Writing for Children and Young Adults at the Vermont College of Fine Arts.

He worked for several years as an editor at Workman Publishing, where he specialized in non-fiction for children and adults, and he continues to edit books on a freelance basis. Through his role as the youth programming specialist at The Writing Barn, a creative writing education center, he also teaches online writing classes for kids.

He lives in Austin, Texas with a mischievous tuxedo cat and several overflowing bookshelves.

You can learn more about Evan and his books at www.evangriffithbooks.com.