Throughout the past several months, challenges and outright bans of books (most frequently books with LGBTQIA+ themes and/or books by BIPOC authors)  have swept the nation, beginning in pockets of unrest and spreading like disease. According to PEN America, nearly 140 school districts in 32 states across the US have issued more than 2,500 book bans during the 2021-2022 school year alone. It is clear to us at VCFA that a simple week or month of awareness isn’t enough to fight against the attack on intellectual freedom. VCFA alumnx, author, and librarian Tirzah Price, and faculty member Amy King, interviewed over Zoom, gave their thoughts on why these bans and challenges seem to be growing in frequency and intensity, discussed their personal experiences with bans and challenges, and offered recommendations for joining the fight against book banning. (Video/audio coming soon.)

Ceredwyn Bagley: Hello everyone, and thank you for joining me to discuss this increasingly pressing topic, not just in kidlit but all over the US: the recent spate of book bans and challenges. Let’s start with introductions. Tirzah Price: I’m Tirzah, I’m the author of the Jane Austen Murder Mysteries, I’m a former bookseller, and I’m the director of a small library in Iowa.

Amy King: Hi, I’m Amy King. I write books for a living and I love my job. I have been a literacy teacher since 1997 and do all kinds of other stuff but mostly I’m in the business of lifting children up and not limiting them.

Ceredwyn:
It seems like we’re going to have a lot to talk about! So first, how have you seen the recent spate of book bans manifest in your area?

Tirzah: Iowa has recently been in the news. There have been libraries in Iowa that have literally shut down because there have been challenges. Not just challenges to the materials but also challenges to the staff and really horrible harassment campaigns against the staff who are queer, staff who support diversity of books, and what’s really insidious about these campaigns is that they happen on social media, they happen in the communities and not through official channels. So people quit, and I don’t blame them. If I were being harassed and doxed I wouldn’t want to go to work every day. So that has definitely been happening in my area. It’s very unsettling to see it happen in small towns that are an hour’s drive from me. You just don’t know if it’s going to hit you next.

Ceredwyn: What is the difference between a challenge and a ban?

Tirzah: A challenge is when someone comes to the library, says “I don’t think you should have this book,” and then there’s an official process for challenges. Every single library should have a democratic process by which challenges can be processed. A ban is a complete pull from the shelves after a challenge.

Amy: We’re finding here in my area that schools, who didn’t have a policy like libraries do, suddenly invent their own versions of the challenge process. So there are suddenly “panels” –and often it’s just a superintendent choosing one person as the head of the process after he’s already decided to ban the book—to address book challenges. We’ve seen special interest groups rallying against school libraries, basically just going for lists, lists of LGBTQIA books or books with diverse authors, without reading any of the books, and challenging all of them at once. So even instead of having “opt out” they’re trying to make everyone have to “opt in.” It’s political, it’s distracting, and it’s just sort of keeping people busy. 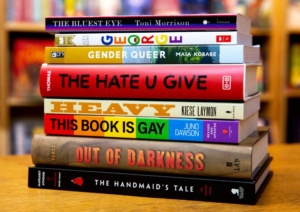 Some of the most commonly currently banned books across the US.

Ceredwyn: So why now, why all of this?

Tirzah: It’s an escalation of what’s been going on politically for the past six years. People are getting organized, and basically issue hopping. I think it’s also a reaction to marriage equality, which is still recent in the US. I used to think “that’s safe,” we’re good, though now I don’t really think that anymore. But what do they go after if marriage equality is the law? They start targeting trans people. And it’s really easy to target trans kids because they don’t have as much agency and support as they ought to. So it’s all snowballing.

Amy: This is a smaller, louder minority. And from the down low, this is about dismantling public education. It’s been a goal for longer than the last six years, though that’s when it began being vocalized. It’s a very fraught time in American politics.

Ceredwyn: How is it affecting you personally in your various roles?

Tirzah: I’m taking the opportunity to make sure our policy language surrounding challenges and bans is very clear, and mentally preparing for when, if this happens. We’re having to really consider our process here. It’s hard not to be a little fearful. I mean, there was this case in Michigan recently where these special interest groups actually convinced voters to defund the library. And even though that library had a GoFundMe and Nora Roberts donated $50,000, that’s not sustainable. The problem is still there. And that is really scary! So far my books haven’t been challenged, but who knows? I try not to think about it because at the end of the day, I can’t write thinking of whether or not some random parent in Kansas is going to ban my book. I try to put my energy toward fighting this in my day job and as a citizen.

Amy: I’ve seen our school board meetings start to go four or five hours, with people being removed and police involvement. That means it’s not a safe place. I think it’s a very important thing to note that when you’re getting doxed, getting the police called on you as a librarian for ordering books, which happened in my community, or when teachers are being labeled groomers and pedophiles for having queer books—not even assigning them, just having them—it’s not a safe place anymore. The language surrounding the issue, “pedophile,” “groomer,” “pornography,” even “CRT.” It’s really incendiary and it’s doing its job. It’s drumming people up, and now we have teachers who can’t have classroom libraries, can’t have certain books on display. Even like Liz Garton Scanlon’s books, Varian’s books, biographies of important POC. Students fought back against that ban. Seniors.
As for me, I’ve seen a lot of my books get outright banned. Everyone Sees the Ants, though I don’t know why—maybe I say “vagina” too much. Of course Ask the Passengers due to sexuality, and Dig. That one’s been interesting. I’ve seen a lot of my books banned. 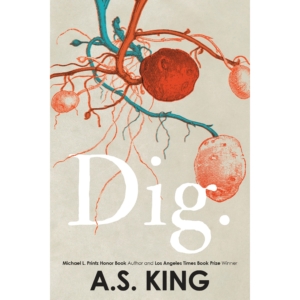 Ceredwyn: There’s the idea that any publicity is good publicity and that having a banned book is good for sales. What’s been your experience with that?

Amy: No, it doesn’t make you more money to have your book banned. Absolutely not.

Tirzah: And, related, Stephen King has this quote basically saying that if a library bans a book, you should go buy it and read it. And no shade to Stephen King, but it’s a really privileged idea to think that everyone has the access to just go buy a book after a library has banned it. I work in a town of 2000 people. If a book were to get banned in my library, students probably wouldn’t have the ability to access it, even online, because to buy a book online requires money they may or may not have. And I think that’s what kind of rankles me about Banned Books week sometimes. The reality is this: books get banned, kids lose access. Full stop.

Ceredwyn: So what are some ways we can be more active and fight against banning books?

Tirzah: Get involved. You don’t have to join a library board, but take the time to read meeting minutes online. Stay informed. Read the school board meeting minutes. Read the library meeting minutes. Sometimes it’s boring. It’s great when they’re boring. But you as a stakeholder owe it to yourself to use this public resource to know what’s going on in your community and to be able to offer support in early stages of challenges. It’s a very easy thing that all of us can do at any time.

Amy: Go to protests. Learn how to write a good letter. Say “I don’t like this.” Don’t say “that’s bullshit,” because that’s not nice, but make sure to encourage students to express themselves and use their own ability to fight. It also means a lot to students to see that people are fighting for them and that they are wanted. We have to keep talking about it, and we have to keep fighting for intellectual freedom.

You can learn more about Tirzah Price and Amy King at their respective websites,

The National Coalition Against Censorship 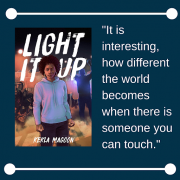 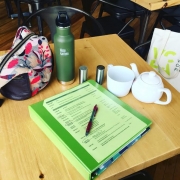 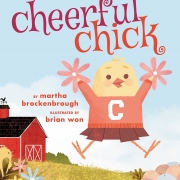 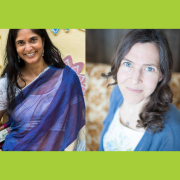 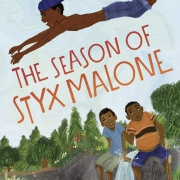 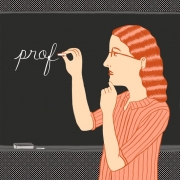 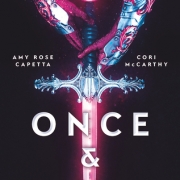 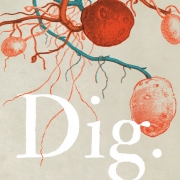 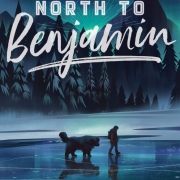